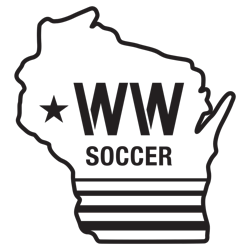 Hudson Soccer Association (HSA) is very excited to announce the expansion of our successful Western Wisconsin (WW) program that was formed in 2019.  Western Wisconsin Soccer was formed at the 15-18 age levels to enhance their skills and give the girls the opportunity to compete at a high level of competition while also allowing them to get more exposure to potential college coaches at regional tournaments.

To keep our local girls from leaving the area to play for other soccer clubs and to attract competitive athletes from our surrounding communities, the HSA Board decided that the Western Wisconsin program would be expanded for girls from U12 level and up.

This program expansion was designed in collaboration with the HSA Board, EDOC Casey Holm, and parent feedback that we have received over the last couple of years.

In the future, as Western Wisconsin continues to grow, we intend to look at further expansion of this program into the boy’s teams if the desire is there.

If you have any questions about this please contact Casey Holm caseyjholm@gmail.com

We continue to thank all of you for your support and we look forward to getting everyone to be the best they can be within the Hudson Soccer Association and Western Wisconsin Soccer.