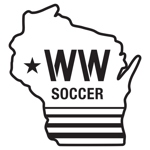 Are teams split evenly or by skill level at all ages?

Western Wisconsin is a competitive soccer club. We use our player evaluation process to place players on teams where similar skillsets can be matched to challenge each other and create competitive game experiences. Where numbers allow, most age groups will have a 1st team (WWFC) and a 2nd team (WW).

Why do some WWFC and WW teams share coaches and/or train together?

Western Wisconsin is committed to player development. In many cases, even though teams are split into WWFC and WW teams, having the opportunity to train together and/or have the coaches evaluate players consistently across an age group is advantageous. This also helps to ensure all players get consistent training/instruction and equal opportunity for development.

Western Wisconsin knows that player development includes valuable game experience. All players will receive game experience, however games are played to be competitive and equal playing time is not guaranteed. At the younger ages, more emphasis is put on equality within each game. As the teams get older, player participation may ebb and flow throughout the season depending on opponent skill, game situation, injuries, etc.

Do Western Wisconsin Teams ever play up in age?

There are circumstances that Western Wisconsin teams play in older age groups. Most common is the u12 age moving to u13 to play 11v11 soccer. Teams that play up in age will usually drop in level, often playing Cities or State level vs. Regional level for TCSL. The Director of Coaching and the coaching staff for that team will evaluate and decide if it's the right fit for a team to play up. In some cases, especially in the older groups, we may be forced into older age groups due to available teams and/or participants.

We believe players develop at all ages and at different rates, which is why we strive to avoid cutting players. We have several strategies we can employ to keep as many kids playing as possible, but also keep the competitiveness matched for the entire pool of players. These strategies may include combining age groups, playing a team at a higher age level (6v6 to 9v9, or 9v9 to 11v11), and over-rostering a team (ex. roster 20 with limit of 18 for league play). Each of these options do come with tradeoffs but can be managed to ensure we give as many players as we can an equal opportunity to develop their skills and love for soccer.

What is Futsal and which teams get it included in registration?

Futsal is a 5v5 indoor soccer league played at the St. Croix Valley Recreation Center on Friday nights. Games are fast paced on a small field that require good foot skills and teamwork to be successful.  There are usually 2 sessions available for ages U11-U14 which run from Nov-Dec and Jan-Feb (boys and girls). If you are within these age groups your coach will make the decision if 1 or both sessions will be played. Note since it's 5v5, older age teams with larger rosters may have a need to be selective of participation from week to week, but throughout the session all players should have equal opportunity to participate.

What changes can I expect at the High School ages?

It's important to know Club teams do not play during High School soccer seasons. (Boys in the Fall, Girls in the Spring). This means the High School age Western Wisconsin Club teams have shorter seasons, from August-March for the girls and Nov-June for the boys. This may affect 8th graders as well, since club teams are based on birth year and not grade. The U15 soccer age group is a mixture of 8th and 9th graders, so those players on the younger side of the birth year (8th graders) may have a fall or spring season with no soccer available. Western Wisconsin Soccer takes this into consideration during team formations in August and tries hard to plan around this situation and/or put in temporary solutions until the player pool is back at full strength. But it should be noted a solution is not always available.

High School Girls teams have the extra complexity in that our competition usually comes from the Twin Cities Metro Area and Minnesota High School Girls soccer is played in the fall (opposite Wisconsin). This means Western Wisconsin HS age girls teams do not have league play, TSCL or otherwise, and instead get registered for several competitive Fall Tournaments.

This often leads to questions about cost and why it's not cheaper if the club seasons are shorter for both boys and girls. The answer is simple, the cost of TCSL league registration itself is very small, but the costs of the tournaments and the coaching staff increases with age, well over shadowing the small league registration costs that are avoided for 1 season. It's important to remember the club registration comes with a full winter training schedule as well!

Can I as a parent be more involved with the team?

Yes! We encourage parent Assistant Coaches and Team Managers. The added support allows our paid coaching staff to focus more time on team and player development. These roles play an active part of each team and help you be more "in the know," as well as fulfill your annual volunteer hours. Because these roles work closely with the team, SafeSport Training (misconduct training conducted online) and a background check are required before a Coach or Team Manager card is awarded. Duties vary by team and Head Coach preference, but could include: